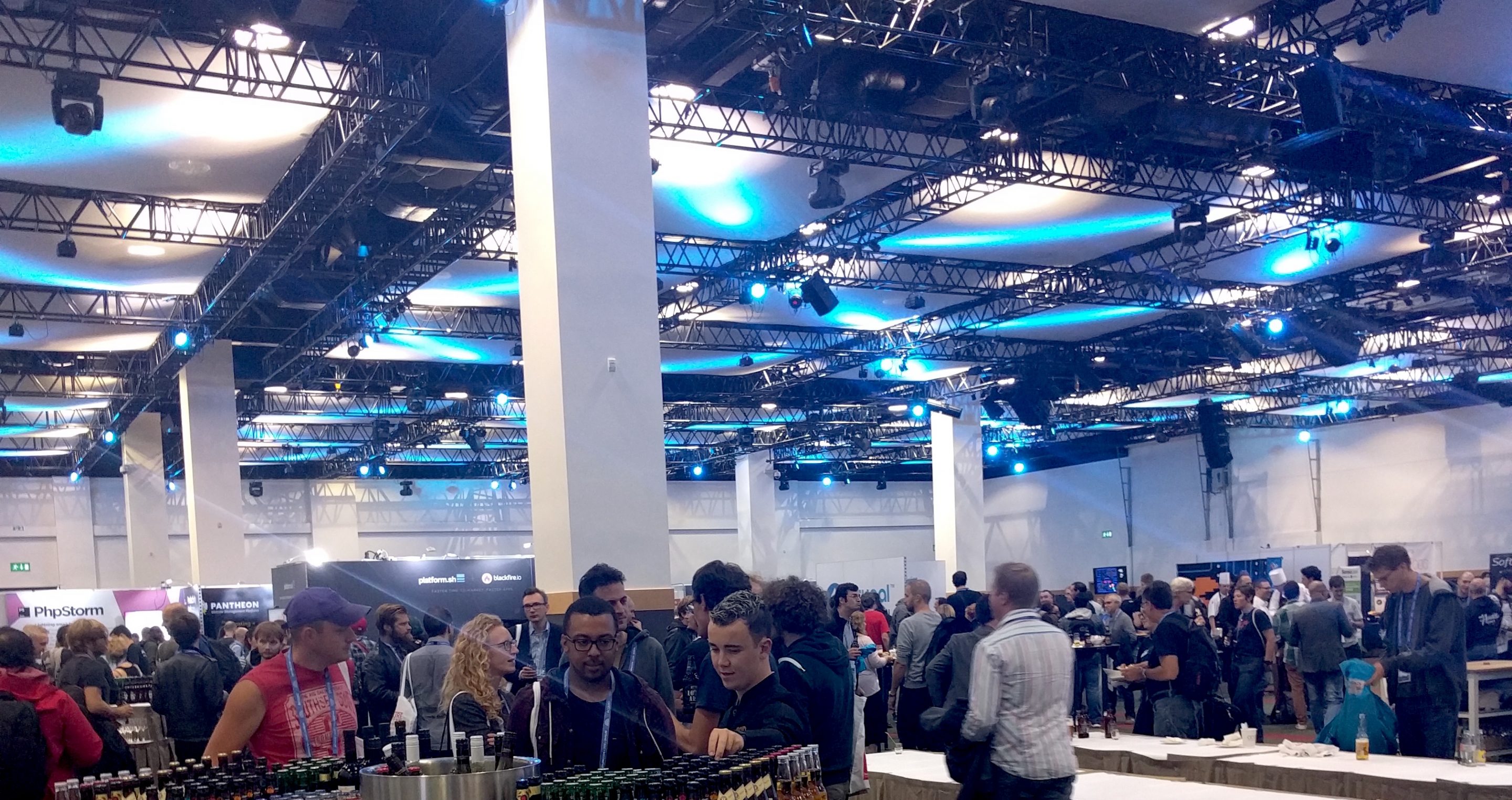 The annual Drupal Business Survey’s results were analysed at DrupalCon Global in July 2020. In the survey, 118 Drupal agency leaders over the world identified opportunities and challenges for the Drupal market. They were asked about their experiences with selling Drupal projects, their expectations towards Drupal 9 and their vision on community contributions.

Survey participants from around the world

Over half of the respondents were digital agencies, 17,8% consulting agencies and 13.5% SaaS service providers. Almost a third of the respondents are companies that have existed for over 14 years and 16% of the companies between 12-14 years. 52 respondents told that they had increased the number of employees by 1-5 employees in 2019 and 34 that they haven’t employed any new employees during 2019. As we can see from the left part of the chart that most of the survey participants are from small and middle-sized companies.

Drupal agencies have customers in different industries from consultancy to education. As it’s seen in the picture below, respondents have reported that over 66% of their clients are in the education industry. Education was the new industry in this year’s surveys so the comparison for the year 2018 is not possible. Charity & Non-Profit organisations are the second largest industry followed by Government & Public Administration in the top 10 industries chart. More than half of the companies have increased their share as Drupal customers comparing year 2019 to 2018. Banking and Insurance industry have increased over 12% and Industry almost 6%. The strict software quality criteria in these industries validate Drupal CMS platform is selected by organisations with high quality, performance, and security needs.

If we look a little backwards from 2016 to 2019 we can see the development and dividing of the industries over the years. The outcome of the surveys show that the industries of Clothing and Fashion, Marketing and Advertising and Media have had the largest drop, while Banking and Insurance and Arts and Culture have grown the most from the earlier surveys.

It’s great to see that over 60% of respondents say that their average deal sizes of the Drupal projects have grown in 2019 compared to 2018. Also 50% of respondents answered that the Drupal project pipeline has increased in 2019 compared to 2018. Over 30% answered that the pipeline has been mostly the same in 2019 and 2018. We can say that companies have had a strong base before the COVID crisis.

Even though 58,5% of respondents are expecting a pipeline to grow in the future. The number is 7% higher than in the 2018 survey. 29,7% are saying that it will stay roughly the same and 11,9% believe to see the pipeline shrinking.

10 + 1 reasons why people choose Drupal among other CMS platforms

The respondents shared that open source, earlier experience of Drupal and recommendations are still the top 3 features why Drupal is chosen among other CMS platforms. Probably we can say that there might be more Drupal users and the trust for the platform and agencies has grown. Still Drupal might have some technical features which have influenced the decreased results in platform performance and user friendliness.

Drupal 9 and expectations for the future developments

Drupal 9, the newest version of the CMS, was released on June 3rd. It has familiar, yet more advanced features than in Drupal 8, for example, great media management and layout builder. The innovation of new features continues also after the initial release, new minor releases with new functionality will be released every six months.

Even though Drupal has a vast range of good features, there is always something to develop further. When asking about the expectations and hopes to see in the coming years regarding Drupal, it’s easy to see that answers include hopes for great user experience, e-commerce and marketing features like automation. Let’s see what the future brings!

“Drupal needs to become more competitive in terms of functionality to compete with Adobe and Sitecore. Drupal lacks a B2B and E-commerce position and this is where a large number of projects can be found.”

Give back to community

Drupal is used, built, taught, marketed, and documented by the Drupal community, which is made up of people from around the world, with a shared set of values, collaborating together in a respectful manner. As we can see from the results, effort has been seen as good for the community. Almost every survey participant is doing some benefit for the community. 19,6% supports users, 15,7% develop and 13,7% are having events and marketing actions. As many survey participants said: Give back to community.

COVID – has there been a big impact for Drupal businesses?

How has your business changed in general due to the epidemic?

How has your on-going project / service situation changed due to the epidemic?

In April, most of the respondents forecast that COVID will affect companies’ revenue. Most answered that the revenue will be -20%, -10% or 0%. Reviewing the July’s results, the chart looks a bit more positive although a decline in revenue for some Drupal agencies will not be avoided.

What is the currently expected revenue impact of the epidemic?

In the April’s survey, most of the participants answered that companies will survive even though dents can not be avoided. In July over half of the survey participants are saying that they are doing fine.

Which outcome do you see most probable to your company?

When facing a global crisis like COVID-19, people need to change their daily life and adapt to new things so their businesses can survive. This is where Drupal and many other CMS platforms play a key role in helping all businesses to stay alive and to grow.

During this crisis, e-commerce has increased tremendously whereas brick and mortar popularity has significantly decreased, and home offices have become a daily work environment for most of us. CMS and web application platforms are here to support and help companies to continue growing with their online services. There is no reason not to believe that these unprecedented circumstances will change our working habits and businesses for good, and that’s where these platforms will help you and your business stay dynamic for now and in the future.

There are positive expectations for the future as the average Drupal project deal sizes and project pipeline are growing steadily. Education and non-profit organizations are steadily growing into larger industries for all Drupal agencies. Agencies expertise is valued when choosing a Drupal partner but the main culprits for losing the project is high cost and complex usability. There are high expectations for Drupal 9 and the future development. Smooth upgrade, flexibility, e-commerce and marketing features are things which popped up from the answers of the survey participants.

Spring has been very exceptional and many of us have had to go through the past five months knowing little about what the future holds. According to survey participants, it’s a relief to see that in July’s survey over 58% responded that they are doing fine after the rough spring. Some of them are being able to grow their business during the pandemic as well. Even though we can’t pass that COVID has given hard times for Drupal businesses.

As the one respondent wrote: “Much of we collectively are going through is common. As business leaders we must actively seek dialogue and the support of our peers. Don’t face this alone. We are uniquely placed to help one another thanks to the open source mindset and our shared history. It is to all our benefit that our businesses see out this challenging period, we are more likely to achieve this if we transfer knowledge.”